Translation from greek by becoming minority.

Lucifugo, a diavolo in corpo

Epidemics, as well as the history of the societies in which they intertwine, are not just pure biological data and facts in a rigid interpretation. It is a common scientific knowledge -though poorly understood in its deepest sense- that all viral and a big part of the bacterial infections have their origin in the historical cycle of animal domestication. This symbiotic relationship has been the cause of potentially virulent jump-attacks from one species to another (zoonosis) producing new pathogens. We are talking about a process of domestication that takes on its particular characteristics within defined social forms of human interaction with earthly nature.

The common cold, for example, is due to viruses -including a coronavirus strain- that originate from the domestic relationship of humans with horses. Likewise, smallpox originates from bovine, measles from swine, chickenpox from chickens, flu from ducks, pigs, poultry, etc. The constant biological immunisation against these infections, which is nowadays considered as a universal fact, is in turn the final step -at the level of the genetic material- of a process of organising social life based on population density increase upon the ground of sovereign and hierarchical relations of power and servitude.

In other words, a situation of hundreds of years is created in which, for example, Europe’s poor rural population is forced to live in direct contact with the faeces, excretions, etc. of the few animals possessed for food, work, etc. This enduring cultural-class phenomenon entails a series of historical lethal epidemics with the root of immunisation coalesced from a death-survival dialectic only at the end of which biological immunity is consolidated. Finalising the latter not only eliminates the threat of an epidemic from the identical pathogen; behind the “universal” biological fact, the thinking mind runs the risk of loosing the particular historical path and the concrete social impetus that led to it.

To continue with the European example, the epidemic of bubonic and pulmonary plague (“Black Death”) that swept Europe in the fourteenth century cannot be understood in terms of its genesis and expansion outside capitalist prehistory: the commodity capital accumulation through the formation of long distance trade routes (Italy-China) with the simultaneous formal subordination of labour to capital in transforming urban centres swelled by impoverished rural masses imposed by a new tyranny: wage labour.

In view of all the above, the indigenous Americans’ typical lack of biological immunity to measles, chickenpox, etc. was characteristic, who, within a few decades, during the sixteenth and seventeenth centuries and over European colonialism, were decimated by these epidemics, whereas in Europe at the same time, they had completed their infectious cycle, becoming less lethal and had epidemiologically had been downgraded to childhood infectious diseases.

All of these, as the slightest mental tools, are useful to place the new coronavirus pandemic (Covid-19) on a concrete historical and theoretical basis. This pandemic does not come like a bolt from the capitalist blue. Within the last decades, new viruses [SARS (another coronavirus), Ebola, Swine and Avian influenza etc.] emerged from the depths of capital accumulation, namely from the logic of valorisation that imposes a criminal relationship between humans and earthly nature.

From the very perspective of the valorisation of capital, the earthly nature does not exist-as-such, as an “otherness” constituting a fundamental condition of human existence, but only as a dead-homogeneous raw material for the production of a single world of commodities. For the social mega-machine of capital, altogether human and non-human nature is but an endless flow of raw materials and fuels to produce value. The pre-categorical and consciously-unconscious goal of capital accumulation, as value that valorises its self through abstract activity-for-money, is the conversion of living and non-living multiplicity of earthly nature into a dead planet, unfit and hostile to the existence of life

Capitalist agricultural production, the production of meat and its derivatives is a scientific system of death that destroys living and non-living nature in a twofold way:

– concentrating “animals” for mass rearing-breeding-slaughtering in vast industrialised areas, in conditions that are nowhere to be found in nature

– extending, in a schizophrenic fashion, the urban tissue as a prerequisite and as a result of the above, deforesting the flora and thrusting out the fauna.

With the general destabilisation of ecosystems and their total replacement by “artificial environments”, the tautology of capital is elevated to a geological power creating the ideal conditions for mass isolation and transformation of micro-organisms into new pathogens with unpredictable infectious power and capability. A multitude of micro-organisms, for thousands of years symbiotic with a particular animal species, developed within a concrete ecosystem, is suddenly confronted with a plethora of unknown “environments” and “challenges” thereby exponentially multiplying their “mutagenic ability” leading off to the inevitable birth of many and potentially fatal pandemic pathogens [1]. Thus, only a vicious circle of mutual causality can be created, where the crisis of the global capitalist social form accelerates and is accelerated by the “crisis” of planetary ecosystems with unprecedented developments and consequences in both directions.

Schematically speaking, the capitalistically unified humanity, under the “invisible threat” of the coronavirus and by the hand of its typical rulers, takes steps into salvaging its existence as capitalistic and national. The new national unity is built on the isolation and self-discipline of the “Stay at Home” mute bodies that circulate only to consume the necessary – to produce the necessary – to reproduce themselves as necessary commodities-for-the-capital passing through quarantine and lasting bans that, becoming more and more authoritarian, even more will they demonise the symptoms of Evil by transposing the structural causes of the pandemic into a phantasmagorical infectious “Other”. The coronavirus, in other words, unearths and clarifies the abstract schizoid nature of the bourgeois subjectivity, wherein, each and every individual as a “citizen” is called to remain at home, behave responsibly, do-it-all online [2] or else will be punished if found circulating “freely” without a sufficient for-the-state-authority reason, while as a seller of labour force the same abstract individual has no choice but to “freely” flock-to-work every day running all the contagious risks that a “responsible citizen” must avoid.

The new coronavirus may be the mutant product of international civilisation of value-in-crisis but the form of pandemic management reflects and relates to the national interests of states as they form in the arena of global competition. The coronavirus epidemic quickly took on a pandemic dimension not because of an abstract “globalisation” but by the reluctance of the nation-states, which were also the primary focus of the epidemic, to put first and foremost the economy on a halt. And this reluctance is capitalistically justified by the commercial pressure exerted on each state through international/interstate competition. It was only when the coronavirus became informally pandemic affecting more states, that is, only when it succeeded in afflicting transnational competition, only then did individual states begin to take “extraordinary measures”, not so much to restrict the spread of the virus to the community but to rescue their national capitals from the rapid and unpredictable devalorisation.

The global social circuit of capital valorisation as a ceaseless movement of production-movement-consumption of commodities is short-circuited amidst the stagnation and immobility imposed by the infectious pandemic risk; each state is called upon to regulate its short-circuit-of-value cynically showing off the only solidarity that it knows: its coordination with all states in order to overcome the difficulty alone and against all, all together scraping off as much of the proletariat skin is left. What if in northern Italy carcasses are “loaded into the wain”. What appears in Italy and elsewhere as a “Public Health” crisis has to do with capital that primarily reproduces profit and value while “life” and “people” come alongside. The ageing industrial heart of Italy – and of the capitalist world in general – is now and literally pumping the blood of the subjects of accumulation, especially those who depend on selling their own labour power to live a life that crushes them, because capital-in-final-crisis only reproduces the equivalence between profit and death.

The new coronavirus pandemic is in many ways an unmistakable mirror of the impasses of dominant thinking and practice of the societies of capital, a mirror that not only reflects but also sharpens -leading to extremes- the unsolvable polarisation and vacillation amongst the pseudo-dipoles that define the capitalist modernity and the bourgeois subject: National and International, Public and Private, State and Individual, Politics and Economics, Science and Common Mind, Human and Nature, etc. The health crisis is only one aspect of the deepest crisis running through all the functionally separated spheres of capitalist societies with the advance of the coronavirus highlighting the historical inability of capital to manage its own destructive contradictions pushing humanity a few steps before self-destruction. The macabre irony of History is that the “national natives of Capital” are for the coronavirus pandemic what the natives of America were for the epidemic of measles, chicken pox, and so on. They both did not know “where it came from” in spite of all the measures and rituals, dealing with the real risk of transmission respectively.

In spite of the sullenness of our times, not all is lost. By the voice of the state, capital is forced by an unexpected pandemic to disrupt the regularity of bourgeois daily life in the name of its “eternal” return. In other words, it paves the way for new, perhaps more lethal pandemics and even bigger crimes that threaten the very foundations of life itself.

Under the unbearable burden of the threat of our extinction, sometimes theoretically, sometimes intuitively conceived, we may succeed together (as a “species”, as a “class”, as a “human community” and whatnot) in etching a groove in the shroud of accumulation that we have all dressed in and pass through it as companions, en masse to life, tearing the garment of death.

[1] The epidemic of the lethal virus Ebola that spread across West Africa years ago, religiously followed the monoculture of palm oil – which bats adore – and which are also the source of the new pathogen that caused the epidemic. The animal source of the new coronavirus is probably unknown at the moment, but the social process that produced it -and that is what really matters- is the same: the geological power of capital.

[2] The bubble of digital capitalism flying the flag of teleworking is not just a dystopian offensive of capital to the heights of fictional valorisation. It really benefits from the pandemic by networking the collapse of the “real” economy. 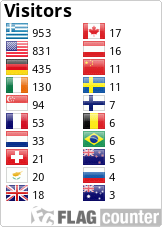